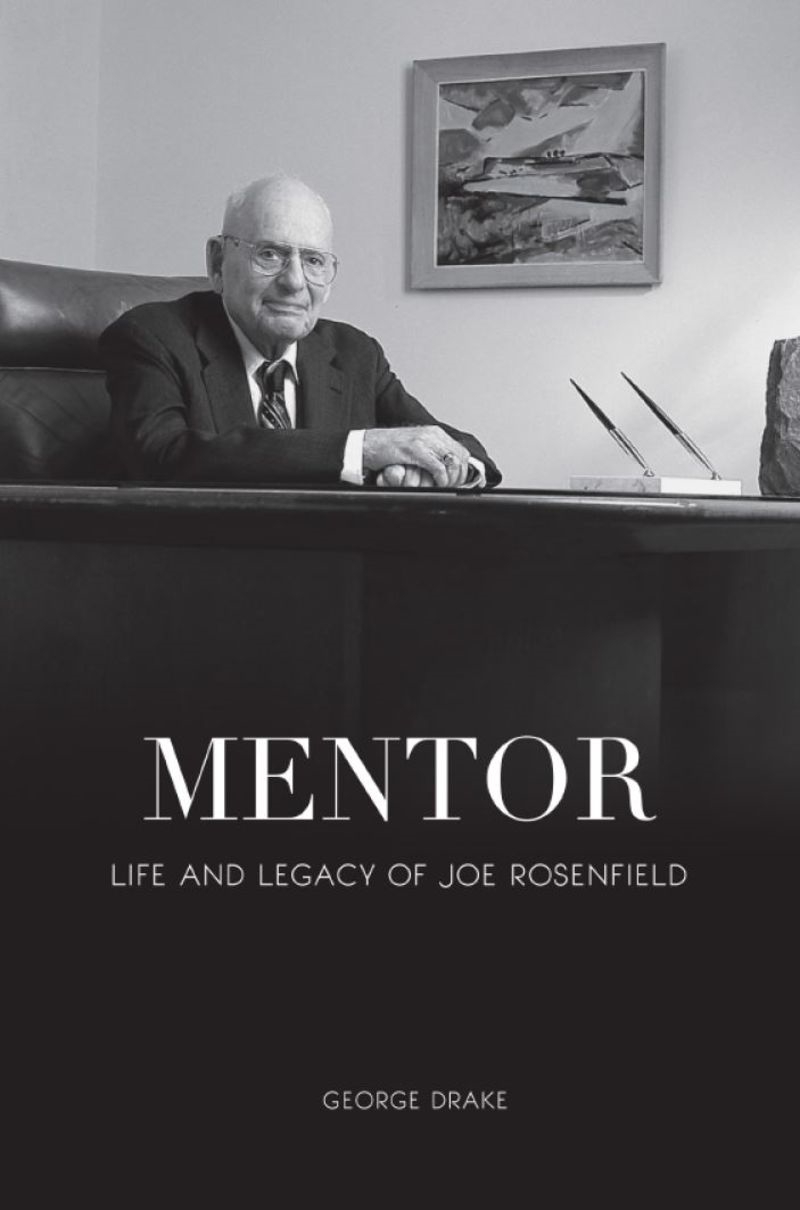 Hardcover: This is a readable, often absorbing biography of a big man from a small college. The College is Grinnell, in central Iowa. The man, Joseph Rosenfield. The author draws us ineluctably into his story as we grasp the setting of a private liberal arts college, originally religious based or "sectarian", as were so many of its peers, from Harvard and Yale to Oberlin, Carleton, Pomona and others. The college and its ethic of service had a profound impact on Joseph Rosenfield, perhaps because he was raised to appreciate commitment to community and the public. He was the product of four Jewish merchant families who arrived in the state in the 19th century. Those families began a culture of integrity in their business lives and of service to their communities in smaller Iowa cities and then Des Moines. Rosenfield's years at Grinnell in the 1920s led to a life-long love affair with the college. He was there at a time when Grinnell produced a gold-winning Olympic athlete, an internationally celebrated men's glee club, and was an epicenter for the "Social Gospel Movement" which produced Harry Hopkins who went on to be Franklin Roosevelt's alter ego in the New Deal and World War II. But after he went on to law practice, the College's fortunes were not inevitably bright. Unlike his beloved Chicago Cubs, whose comeback he did not live to witness, Joe did see and was instrumental in Grinnell's move away from financial peril and uncertainty about its future. It was Rosenfield's role to become the force to build Grinnell into one of the most successful of America's liberal arts colleges. Joe had the gift of humor; he had the gift of extraordinary prowess at investing. He had a gift of friendship. He had a gift of listening, particularly understanding students as mores changed over the 59 years he served as a Grinnell Trustee. And he gave. Often writing checks to balance the books of the college at the end of a fiscal year, he drew others in on his almost pure fun of working to make Grinnell, as he put it, "financially impregnable." Money Magazine, in a cover story about Joe termed him "the most successful investor you've never heard of." This was one reason he and nearby Omaha-dwelling Warren Buffett came together. Buffett heard of Joe. They formed a remarkable team to help the college which Buffett would spend time almost every week to help even though he had no connection to it other than his growing esteem for, and keen pleasure of conspiring with Rosenfield. Together, they would make highly unusual, often highly risky, investments for the college. They would commit that if the investment went sour, the loss was on them. If successful, it would redound entirely to the college's endowment. This is then a story about a college which inspired love in a man, who inspired affection and respect in others. It is not a universal tale. Rather, it is very much about one midwestern man and his college and his co-conspirators to make that college able to carry on into the indefinite future, giving the gift to others which he knew had been his to treasure. - John Price